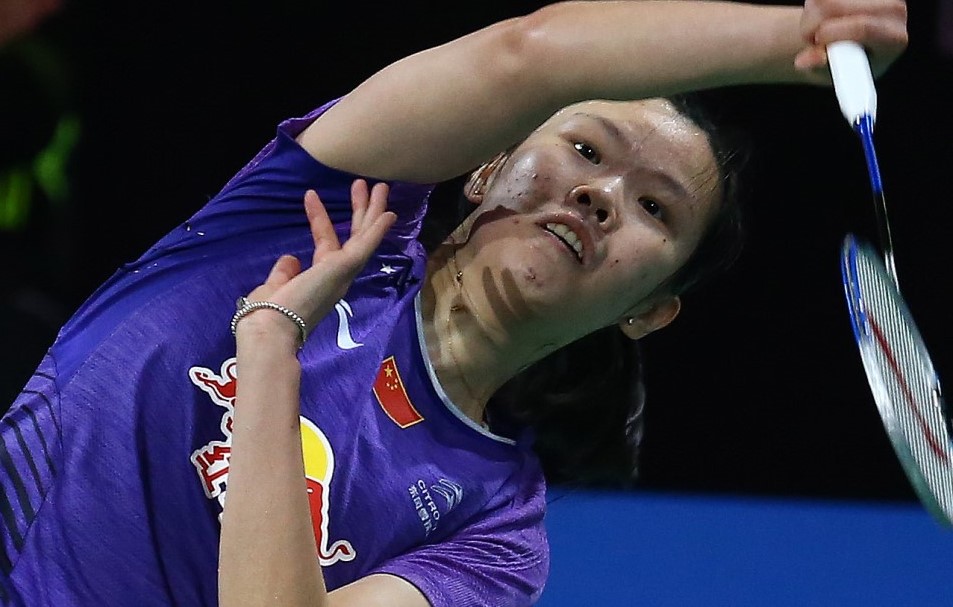 One of the dominant forces in her discipline for much of the last three years, the No. 4 seed has struggled this season and is uncharacteristically without a title to her name in 2015.

For the majority of the first two games in her morning clash with Lindaweni Fanetri it looked like Li would not even hold on to the last title she won a year ago in the very Odense Sports Park in which she was playing.

Slow to the shuttle and making too many errors, the Olympic gold medallist was well outplayed in the opening game as an aggressive Fanetri pulled and pushed her more esteemed rival around the court. The 21-10 margin by which the Indonesian wrested the game was a good indicator of her ascendancy. Fanetri was again the better starter in game two, rushing to early leads of 7-2 and 9-6 before the Chinese star mounted her climb back into contention. Helped by some wayward shots from the other side of the net, Li managed to keep pace with her rival amid a series of subtle momentum shifts. At 19-19, and with Li gradually improving, she clawed her way to two more points to force a deciding game.

Perhaps disappointment – and maybe some fatigue – told on Fanetri whose output and energy waned significantly in the closing stages. By contrast, Li suddenly appeared invigorated and was finding her range with some piercing shots. The tide had swung decisively and it was all in the title-holder’s favour as the 24-year-old cruised to a 10-21 21-19 21-11 victory that has seemed a distant prospect not long before.

“I was very slow in the first game. I just couldn’t get things right. The second game was hard also but my shots were getting better. By the third game, it was easier and I was playing more positively,” said a relieved Li.

Regarding her fall-off in form and success, the former world No. 1 admitted she is keen to regain her prominence in Women’s Singles and to “win a title badly”.

“I am working hard to win one before the end of this season,” stated the defending champion who is hoping to play herself into form as the Denmark Open progresses.

Other leading contenders in Women’s Singles – Saina Nehwal and Li’s compatriot, Wang Yihan – also had to negotiate some fires for their second-round places. Nehwal withstood the challenge of wily Thai, Busanan Ongbumrungpan, 23-21 14-21 21-18, while Wang fought past Korea’s Bae Yeon Ju, 21-9 20-22 21-12. An unfamiliar face in the crowd is Denmark’s Mette Poulsen who has ridden her good fortune

through qualifying and into the second round where she now faces Carolina Marin, winner of three World Superseries crowns this year.

“I knew I had a chance today and though I was a bit ragged late in the first game I kept it together. I have a lot of respect for Marin. She is so strong mentally but I’m a left-hander and that may be a bit different for her,” said a happy Poulsen, after overcoming Chinese Taipei’s Hsu Ya Ching (22-20 21-15).

In Men’s Singles, all the top campaigners advanced, including last year’s winner, Chen Long; birthday boy, Lin Dan; Malaysia’s Lee Chong Wei; Kidambi Srikanth of India and hometown heroes, Viktor Axelsen and Jan Jorgensen. Japan’s flourishing Kento Momota also won but not before a tough contest against veteran Boonsak Ponsana. After ousting the Thai, 17-21 21-14 21-19 in 84 minutes, Momota conceded he assumed his task would be as easy as the previous occasions on which he beat Ponsana and he was surprised by today’s dogged battle. Apart from the upset of No. 6 Women’s Doubles seeds, Greysia Polii and Nitya Krishinda Maheswari, there was little for spectators to raise their eyebrows about regarding today’s results as they generally went the way of seeded players. The Indonesians were undone by Chang Ye Na and Lee So Hee of Korea whom they has beaten a few weeks ago in the final of the Victor Korea Open. The latter reaped sweet revenge with a 21-13 21-14 triumph.

A host of well-known players and top pairs have smoothly moved through to the second round which promises another great day’s action tomorrow.