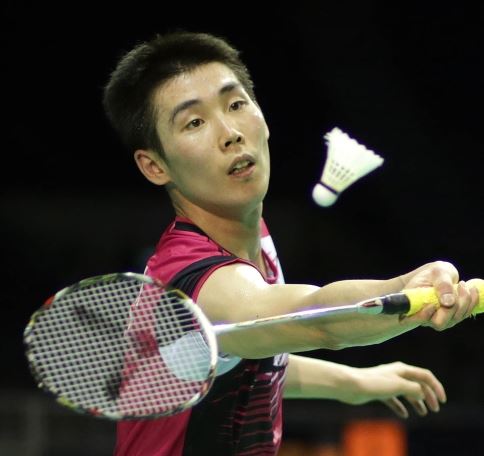 Korea were never in danger of relinquishing their hold on the Mixed Team title with a comprehensive 3-0 defeat of China at the Universiade Gwangju 2015 yesterday.

The most exciting tie of the day was the L2 Final, in which India overcame Great Britain 3-2; Switzerland fought past Hong Kong 3-0 in the L3 Final.

The hosts might have anticipated a tough final against China as their challengers packed a few World Superseries-level players. Zhang Wen/Ou Dongni started off well for the Chinese, taking the opening game of their Mixed Doubles match against Kim Gi Jung/Shin Seung Chan (below). However, the Koreans picked up pace in the second game and cruised through in the end, 15-21 21-17 21-7, to score the opening point for the hosts. Korean icon Lee Yong Dae then combined with World champion Ko Sung Hyun against Zhang Wen/Wang Yilv in the Men’s Doubles. The Chinese stretched them in the opening game but once the Koreans had settled down, it was one-way traffic: 21-19 21-8 in 28 minutes.

The tie was preceded by an extraordinary L2 Final, in which fortunes see-sawed before finally going India’s way by the closest of margins. However, Chloe Birch brought Great Britain back in the hunt decimating Leela Rachapalli in 17 minutes: 21-11 21-8.

With the tie at 2-all, the final Women’s Doubles match would decide the winners. The match reflected the closeness of the tie with the Indian pair Maneesha Kukkapalli/Meghana Jakkampudi taking the opening game against Caitlin Pringle/Victoria Williams, only for the British pair to rebound in the second game. Eventually, the Indians edged through: 21-9 13-21 21-19 to seal victory.

Switzerland had a tough tie against Hong Kong, with all three matches going to three games. Thomas Heiniger/Sanya Herzig gave them the lead in Mixed Doubles over Ng Ka Wai/Yeung Hiu Tung, 21-19 19-21 21-18.