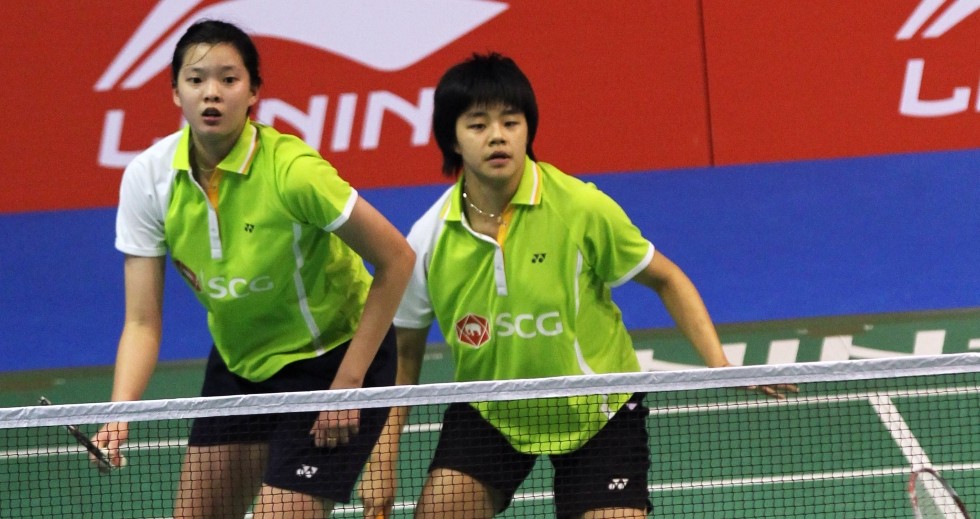 Wang Shixian crashed to only her second loss in 17 matches against Bae Yeon Ju in the third round of the Dong Feng Citroen Badminton Asia Championships 2015 today. Wang, Women’s Singles runner-up in the last edition to Bae’s teammate Sung Ji Hyun, had beaten the Korean in straight games on 12 of those occasions. The Chinese appeared to have things under control with a 19-17 lead in the first game, but Bae surged past her to take it 22-20. From 10-all in the second, Wang dramatically fell apart as Bae cruised to victory: 22-20 21-11.

Wang’s compatriots Li Xuerui and Wang Yihan – both former champions – entered the quarter-finals without much trouble.

World No.1 Saina Nehwal got past a potentially difficult opponent with surprising ease. Nozomi Okuhara took the match to a decider but Nehwal won with plenty to spare: 21-14 10-21 21-10. Awaiting her in the quarter-finals is Chinese Taipei’s Tai Tzu Ying (left), who had too many weapons for Iran’s Soraya Aghael Hajiagha. Other quarter-final clashes feature Bae Yeon Ju against Thailand’s Ratchanok Intanon; Wang Yihan against Sung Ji Hyun and India’s PV Sindhu against Li Xuerui. Mixed Doubles saw the closest match of the day. Korea’s Shin Baek Choel/Chang Ye Na (above) were 15-19 down in the third game against Thailand’s Nipitphon Puangpuapech/Puttita Supajirakul, but claimed the next six points in a row and eventually won the match 18-21 21-19 23-21.