Unang Sukarja – who officiated the Men’s Singles final at the London 2012 Olympic Games – has died. 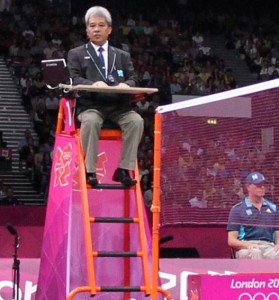 The 55-year-old passed away in his native Indonesia yesterday having suffered a stroke on Thursday; his sudden death throwing the international badminton family into mourning, particularly the Indonesian badminton community and fellow technical officials worldwide among whom he was highly respected.

Sukarja, who recently retired as a BWF Certificated Umpire, was “one of the very best umpires in the world and finished at the pinnacle of his career” stated Chair of BWF Technical Official Commission, Torsten Berg.

“This is perhaps best illustrated by the fact that he was in the chair of the Men’s Singles final in the London Olympic Games between Lin Dan and Lee Chong Wei, often called the best match ever played. Unang managed that job impeccably as he did so many other challenging duties.

“Unang’s smiling appearance and friendly manners won him many friends among BWF’s technical officials. He was an excellent example and a good teacher for younger colleagues. Recently he had started refereeing and we had hoped to have him around for many years in that capacity. Sadly, that is not to be,” added Berg.

The Badminton World Federation and technical officials worldwide send their heartfelt condolences to his wife, family and the Indonesian badminton community.

May Unang Sukarja rest in peace.