It was the day of the underdog. Both the singles winners were in their first World Superseries final. Japan’s Kento Momota proved that lesser experience was no handicap as he outlasted Hong Kong’s Hu Yun, while China’s Sun Yu staged an escape act against Chinese Taipei’s Tai Tzu Ying in the Women’s Singles final. 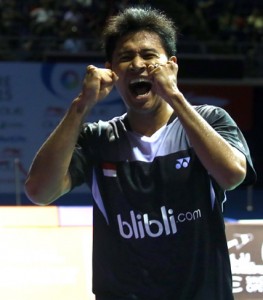 match, winning a one-sided final over India Open champions Misaki Matsutomo/Ayaka Takahashi. The Japanese top seeds, who had beaten two Chinese pairs on their way to the final, found the third too hard to handle as they went down 21-17 21-16.

Hu Yun had the advantage as he had the experience of playing in two World Superseries finals before this. Moreover, he had come through a tougher draw, beating top seed Chen Long (China) in the second round and India’s Kashyap Parupalli in the semi-finals. Momota however was unfazed.

The Japanese left-hander maintained his lead all through the first game, but Hu took the match to a decider – his fourth straight three-game match. At 15-all, it looked like it could go either way, but Momota stepped it up at that point and won the next six rallies to take the title: 21-17 16-21 21-15 in 79 minutes. It was Japan’s first Men’s Singles title in a World Superseries event. 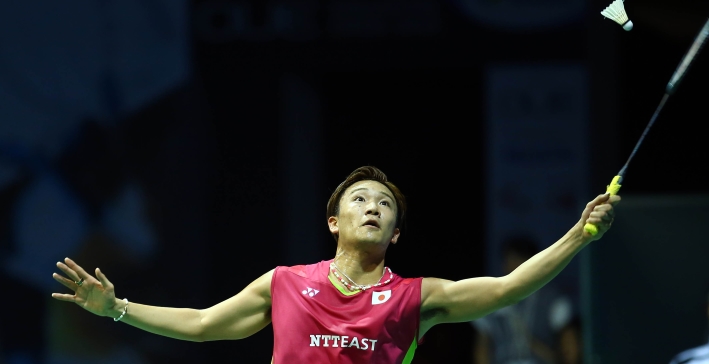 Tai Tzu Ying nearly added another World Superseries title to her fledgling collection as she had three match points over Sun Yu (featured image). The match had plenty of dramatic moments, with Tai winning a close second game to level it at a game apiece. She kept a handy lead all through the third and with three match points, was almost assured of the title.

However, her luck turned at the most inopportune moment and Sun was able to shoot past her with five straight points to take the title in 72 minutes: 21-13 19-21 22-20. 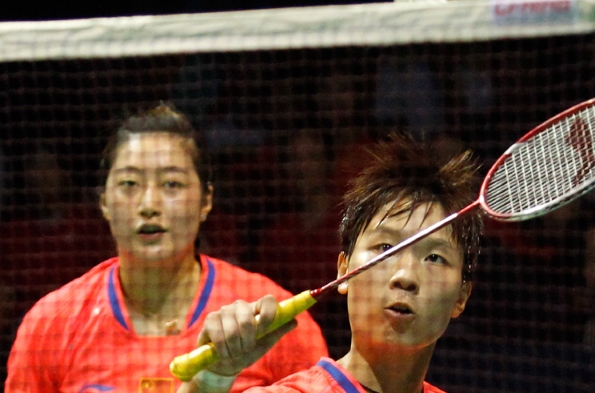 The final match of the day had another unexpected ending. The vastly experienced Zhang Nan/Fu Haifeng were undone by Indonesia’s Angga Pratama/Ricky Karanda Suwardi, 21-15 11-21 21-14.

Zhang Nan however picked up the Mixed Doubles title with Zhao Yunlei after their compatriots Lu Kai/Huang Yaqiong handed them a walkover yesterday. This was Zhang/Zhao’s third World Superseries title of the year. 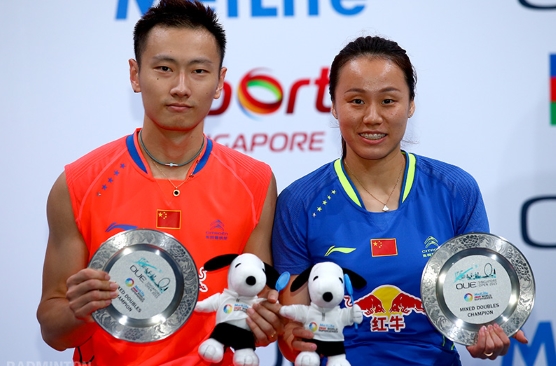