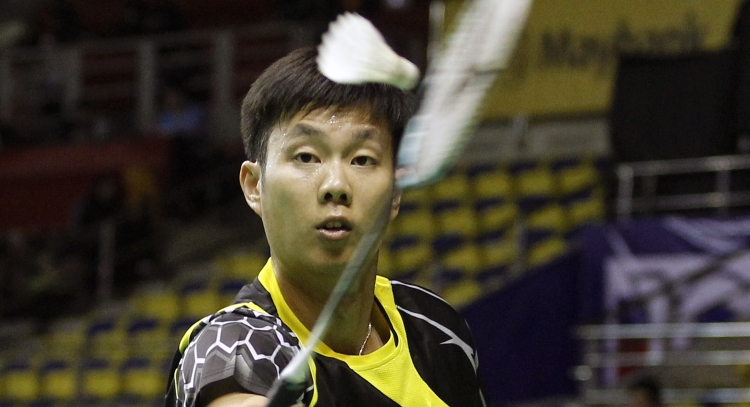 Expect surprises. The Maybank Malaysia Open might just turn out to have the most closely-contested opening round matches in recent times. The second World Superseries Premier event in the MetLife BWF World Superseries circuit, the Maybank Malaysia Open, beginning today, has attracted all the top guns, some of them likely to face fierce opening challenges.

Of them all, one is likely to attract attention. Second seed Jan O Jorgensen of Denmark runs into a veteran who hasn’t been seen at World Superseries level for nearly a couple of years: Lee Hyun Il. The Korean disappeared from the circuit after a semi-final performance at the London Olympics in 2012, only to reappear over a year later. Since then, he competed at a few International Challenge and Grand Prix Gold events, but never in a World Superseries tournament.

With a 2-0 record over Jorgensen, Lee might just fancy his chances at toppling the No.2 seed.

Other opening contests in Men’s Singles also promise much action. No.5 seed Lin Dan runs into Indonesia’s Tommy Sugiarto, who beat him only last week at the Yonex-Sunrise India Open. Top seed Chen Long (China) has a 7-0 record over Takuma Ueda, but the Japanese was in exceptional form in India last week, and might prove a handful for Chen. Yonex-Sunrise India Open winner Kidambi Srikanth has an opening date with England’s Rajiv Ouseph, a player more than capable of capitalising on any weariness that the Indian might feel after a hard week. Japan’s Kenichi Tago, ranked No.3 a year ago, but who has since slipped to No.28, will begin his campaign against Hong Kong’s Wong Wing Ki.

Women’s Singles defending champion Li Xuerui, having lost her No.1 ranking to India’s Saina Nehwal, will be keen to storm back into the top spot after an injury-affected spell. Li has the likes of compatriot Wang Yihan – another player who has struggled with fitness lately – and Japan’s Akane Yamaguchi in her quarter. The fortunes of the top three Chinese (Li Xuerui, Wang Yihan and Wang Shixian) will be keenly followed through the event, since their dip in form in recent times has been unusual in a category that has traditionally been dominated by China.

New No.1 Saina Nehwal, seeded third, is likely to have a quarter-final against a player who has always troubled her: Chinese Taipei’s Tai Tzu Ying, winner of the Hong Kong Open and BWF Destination Dubai World Superseries Finals titles last year.

In Men’s Doubles, Lee Yong Dae/Yoo Yeon Seong and All England champions Mathias Boe/Carsten Mogensen (Denmark) are slated to meet in the final, but the top-seeded Koreans have a difficult draw, starting with the first round against Liu Cheng/Kang Jun (China).

The pair to watch would be Denmark’s Mads Conrad-Petersen/Mads Pieler Kolding, who have had an excellent season so far, winning the German Open, making the semi-finals of the All England, and the final of the Yonex-Sunrise India Open.

Conrad-Petersen, a runner-up (with Jonas Rasmussen) at the Malaysia Open in 2011, is keen to make his breakthrough in winning a BWF World Superseries title.

“I still remember that final like it was yesterday,” said the Dane.

“It was fantastic. The stadium was full. It was the biggest experience of my life before the India Open. I want to perform well here. The fans are great and we want to enjoy ourselves.”

China’s formidable pairs will be the main contenders in Women’s Doubles. The notable absentee is Zhao Yunlei, whose regular partner Tian Qing has been paired with Xia Huan. Top seeds Misaki Matsutomo/Ayaka Takahashi are assured of a testy first round, against Macau Open champions Ou Dongni/Yu Xiaohan (China).

Zhao Yunlei however is top-seeded in Mixed Doubles with Zhang Nan. With Joachim Fischer/Christinna Pedersen (Denmark; 2); Xu Chen/Ma Jin (China; 3) and Tontowi Ahmad/Liliyana Natsir (Indonesia; 4) in the draw, it will be a surprise if a winner outside the top four emerges.