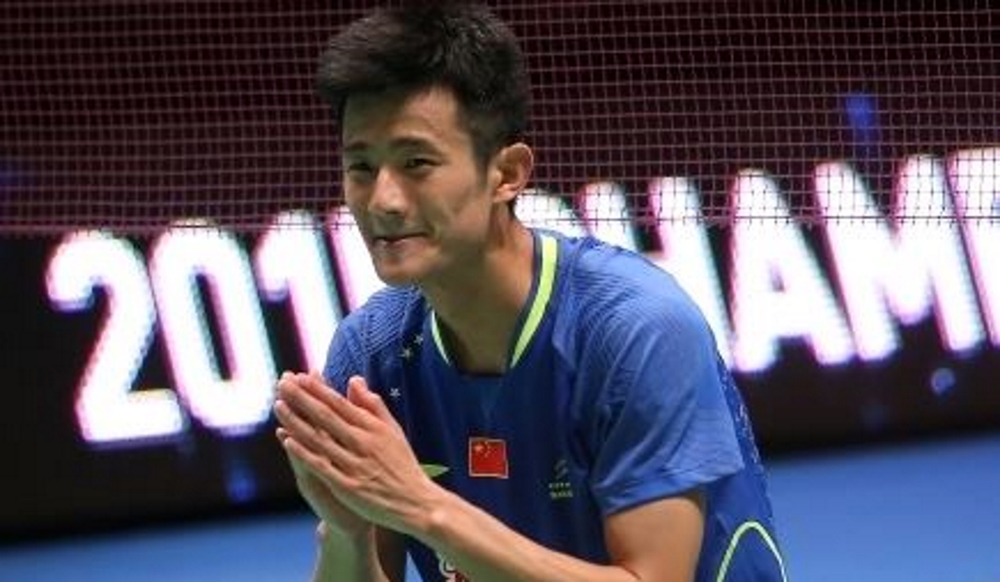 In a flashback to her stunning comeback in the Copenhagen final, fast-rising star Marin crafted another incredible mid-match turnaround to stun Saina Nehwal, 16-21 21-14 21-7, in 62 pulsating minutes inside a packed and noisy Barclaycard Arena. The Spanish sensation’s maiden victory at the world’s oldest badminton tournament was also her first in four outings versus India’s leading lady who looked on course for her own celebration until the momentum shifted decisively.

“To beat her for the first time in the All England final is really amazing. I was nervous at the start and my hand was shaking. I just couldn’t control myself,” revealed the beaming winner, who smashed a forehand down the line to seal her place in history.

“I just tried to keep going; keep the shuttle on the court and play long rallies – to speed up the match and make her tired. I focused on my game plan and what my coach was telling me when I was down 11-9 in the second game. I was trying to pressure her and not to make easy mistakes.”

Showing her World Championship success was no fluke, the 21-year-old overcame a tide of pressure from the more experienced Nehwal, using a blend of deft changes of pace and searing rallies to wrest the advantage. Though Nehwal won the opening game, a late burst of points hinted Marin (below) was settling down and so it proved as they switched sides. The interval found the World champion trailing by two but, on resumption, she quickly assumed the lead, growing in confidence with each stroke. A piercing winner to the back court pushed her to 19-14 – within touching distance of a third game – and for the first time her trademark scream and fist pump punctuated the air in unison.

Suddenly a superb array of shots rained from her racket as, coiling and contorting her lithe frame, she unleashed a torrent of smashes, drives and drop shots for which the now-leaden-footed Nehwal had no answer. She had totally lost her way – almost a spectator to her own demise.

“I lost focus and she started dominating. The match got away from me. I was playing very cool but, as she started to play more confidently, I began hurrying my shots. At this level, the competition is very tough and you can’t make silly mistakes,” said Nehwal (below), who had never reached All England Sunday before.

Chen (featured image) also found himself a game down versus Danish rival, Jan Jorgensen (top; right), in a battle of the two top seeds. However, true to form the Chinese titan staged a brilliant recovery – displaying superior mental fortitude in the home stretch – to capture his second All England crown: 15-21 21-17 21-15 in 87 minutes.

“I’m really happy because this was a tough match. It took 80 minutes. I didn’t panic even after losing the first game. I was very relaxed and confident I could win the match. I focused on my game and took it point by point. I think my mental strength was the most important thing today,” said the 26-year-old, thanking scores of fans bellowing support.

Jorgensen started well, playing in a composed and confident manner while Chen seemed a bit off his best; just enough for the wily Dane to seize the opening ascendancy. The second game started evenly but from 10-10 Chen Long raised his level to ensure the match would go the distance. In the end his shot selection, tenacity and stamina overpowered the waning European. The benefit of a line-call challenge at 20-12 momentarily delayed the inevitable which, when it came, was followed by an embrace between the on-court adversaries and an exchange of shirts.

“I’m disappointed I couldn’t take this opportunity. I had a good chance in the second game as well, but he has been here before and he made some tactical changes – those things were crucial,” reflected the gutted loser.

“All credit to Chen Long. He is an amazing player and a great champion and he was the right winner today. He is so strong physically and he is the best player in the world at the moment but I think I proved that my standing in the world ranking is the right one and I’ve got the game to compete. I will be back for this title for sure.” Having been outdone by the Indonesians in the last two All England finals, the Olympic, World and Asian title-holders were resolute in defence and ruthless in attack, giving nothing away. “We prepared well for this tournament because we have lost the last two finals to the Indonesians – but we learnt from those defeats. This is our first title here since 2010 and we are really excited. It’s the first tournament of the year and it will boost our confidence for the rest of this year and for the Rio qualification,” said Zhang Nan, who ended the blitz with a monster smash.

Natsir admitted they were under pressure from the outset which triggered a slew of unforced errors. Though disappointed to surrender their All England crown, the pair said the result is motivation for them to work harder and do better as the season progresses.

In Women’s Doubles, Wang Xiaoli and Yu Yang, were thwarted from achieving a hat-trick of All England titles by their younger team-mates, Bao Yixin and Tang Yuanting (left); the latter having been runner-up in 2014 with Ma Jin. Again it was attacking prowess which prevailed as China’s newest combination snuffed out any thoughts the veterans had of retaining the championship.

“We played a really calm and tight game. We knew we had to start well otherwise the match could have gone either way. We have been training together for a while and we know each other’s game well…we knew this was our chance to win a title. We came here as the underdogs but we challenged our opponent’s authority,” said Bao of the 21-14 21-14 triumph. Denmark’s veteran Men’s Doubles duo, Carsten Mogensen and Mathias Boe (above; left), closed the proceedings with a riveting straight-games win (21-17 22-20) over Fu Haifeng and Zhang Nan, thus preventing Zhang’s bid for double glory. The No.2 seeds, overwhelmed by their accomplishment, repelled fierce smashing with comprehensive defending and tactical awareness that left China’s Fu – one of badminton’s hardest smashers – unable to score as freely as usual.

“The first game was extremely important…knowing you only have to win one more game to win the title is a good feeling and at this level it’s about self-confidence,” said Boe.

“This is really emotional, though we’ve won a lot in our careers and won here before. There’s so much tradition at the All England and it’s a great atmosphere. We love coming here and we will be back to defend this title next year.”

For our coverage of the week’s action, visit: www.bwfworldsuperseries.com.