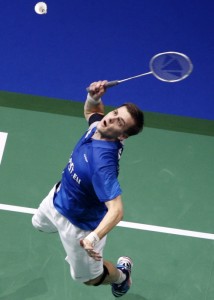 The reward for persistence has come relatively late in his career but Hans-Kristian Vittinghus isn’t complaining.

He might have fallen to Chen Long in the title clash of the BWF Destination Dubai World Superseries Finals, but the 28-year-old said his best was yet to come.

Vittinghus came through a tough group to qualify for the last four, and then beat compatriot Jorgensen, against whom he had not even taken a game in the last five matches.

“My group was very tough. It couldn’t have been worse,” said the Dane, who will be 29 next month, after the semi-final. “I’m very proud of myself, and a bit emotional as well. It feels surreal.”

Although Vittinghus has not had spectacular results, he quietly worked his way from No.20 last January to a career-best No.8 in October. Unlike many of his peers, his climb up the ladder has been slow but steady. He credits his constant improvement to the psychology training, body therapy and physical discipline that he has studiously followed.

“Over the last few years I have become wiser. I understand the game better, but I also understand myself a lot better. For the last two years I have worked with a sports psychologist, Jakob Hansen. Stuff like that doesn’t start working right away, but I think I’m getting the rewards now, and I get to know my mentality a lot better. I know when I’m in a little bit of trouble and what I need to work with. It’s not easy, even though you know what your problems are. It’s a big advancement that you recognise them when they arise and have a plan on handling them. It’s still a big area for me to work on.

“I have learnt a lot from (former internationals) Peter Gade and Kenneth Jonassen about how to listen to one’s body. I have a body therapist who taught me a lot of how I feel, not only physically, but on the inside. I’m better at choosing when to train full out and when to go down a little.” 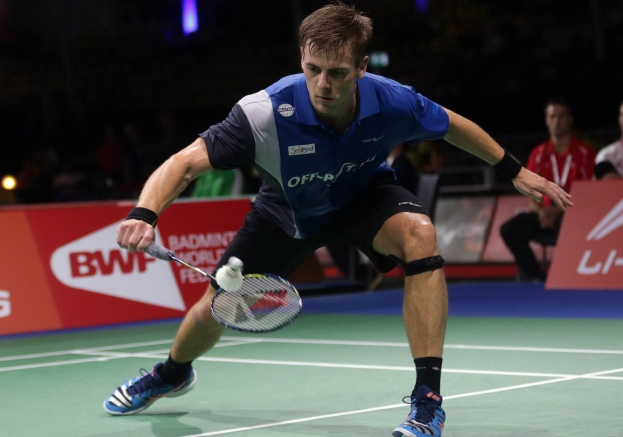 The Dane has often remained in the shadows of his compatriots, and he acknowledges as much: “Obviously I have always been first in the shade of Peter Gade and Kenneth Jonassen and now Jan (Jorgensen), and that’s only natural because they’ve produced better results than me. I have to admit I feel I’ve been a little too much in the shadow of Viktor (Axelsen) compared to our results, but I also understand how the media works, because Viktor is not very old, and I’m a lot older. Not to take anything from him, because he’s a great guy and a great talent. But I think there should be room for recognition for all three of us.”

In 2014, Vittinghus was a frequent quarter-finalist at the Superseries, reaching the last eight stage in five events, apart from finishing runner-up at the German Open Grand Prix Gold and winning the Belgian International. He admits that although he is thrilled with reaching the title round in Dubai, he needs to get more consistent at the Superseries and try to clinch the big titles.

“My ambition is to win the big titles; I always dreamed of All England and Olympics and I know I’m still not at that level but I have the potential to be there at some point. I’ve been progressing steadily, and even though I turn 29 next month, I still feel I’m getting better and better. So I’ve not stopped chasing that dream. I’m very happy with my progress I’ve been good at working at long term goals, but of course I would’ve like to progress better early in my career.

“I’m okay with the way my career has developed and I have a lot of areas to work on. I can be a better player. We haven’t seen the best of me.”