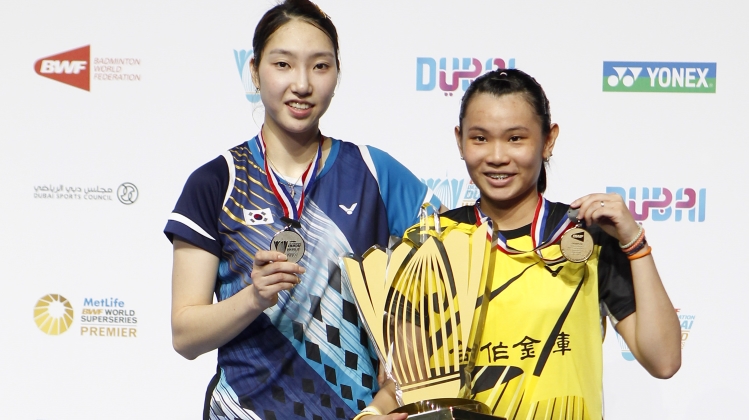 Tai Tzu Ying conquered the summit she had failed to last year, as she won the Women’s Singles final at the BWF Destination Dubai World Superseries Finals today.

The head-to-head record between Tai and Korea’s Sung Ji Hyun was 4-4, but Tai handed her Korean rival a drubbing. So dominant was she that Tai was not required to pull out all the tricks in her vast armoury. Sung went down without a fight, 21-17 21-12.

Sung had a look-in only early in the game. After that Tai flummoxed her with her power, accuracy and repertoire of strokes from all around the court. Sung was barely allowed any 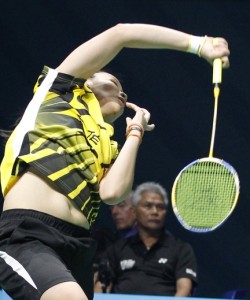 attacking options as Tai ran away with the match in the second. It was a near-perfect display, with Tai sending the shuttle where she willed, and even making it sit on the net cord on a couple of occasions.

“Tai is now as good as the top Chinese players,” conceded Sung.

“She is very aggressive and powerful; I found it hard to return her smashes today.”

Tai, despite enjoying total dominance, sought to play down her victory.

“I didn’t expect it to be this easy. Maybe Sung was not at her best and she made many mistakes.”

Reviewing the year, in which she peaked only late in the season, Tai said she’d been unwell.

“I fell sick twice this year; that’s why I could not compete at a high level. Having won the Hong Kong Open and this event, I expect that my opponents will study me closely, but that’s something I cannot avoid. I will have to adjust accordingly.” 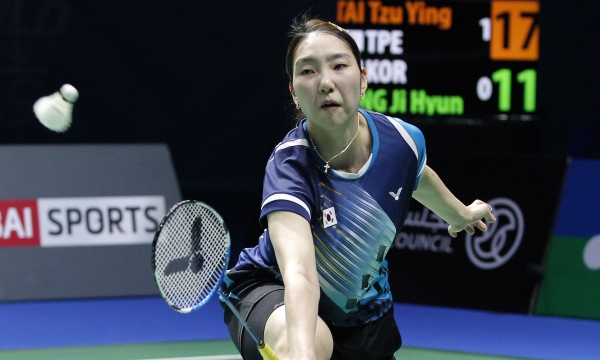