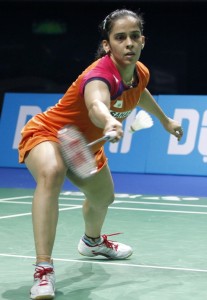 Nehwal was authoritative against Sung Ji Hyun from the start. The China Open champion never relinquished control and although Sung stayed within a couple of points in the second game, the Indian closed it out 21-12 21-18.

“There’s very little difference between players. The Chinese are perhaps harder to beat as they never give up. They haven’t done well here, but I’m sure they’ll bounce back.”