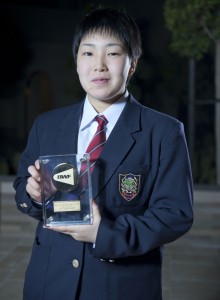 Chen Long, Zhao Yunlei and Akane Yamaguchi walked away with the Player of the Year awards at the Players’ Reception and Gala Dinner in Dubai last night.

Chen had the perfect start to the year, winning the Korea Open. After finishing runner-up at the All England and India Open, he stormed to his first BWF World Championships title and followed that up with a victory at the Denmark Open. He also reached the title rounds in the Asian Games individual event and the Hong Kong Open. These accomplishments helped him edge past the other nominees: compatriots Lin Dan and Zhang Nan, and Korea’s Lee Yong Dae and Yoo Yeong Seong.

“My results are due to the team’s effort, so I owe thanks to the Chinese badminton team. I just have to focus on playing each tournament.” 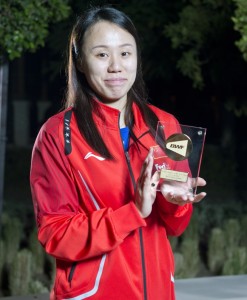 Zhao was in contention for the award with compatriots Li Xuerui, Wang Shixian and Wang Yihan and Denmark’s Christinna Pedersen. The reigning world and Olympic champion was chosen as she had an exceptional season. Her partnerships with Tian Qing in Women’s Doubles and Zhang Nan in Mixed Doubles continued to yield rich returns, with three Superseries titles with Tian and four with Zhang. Zhao also won a double at the BWF World Championships and the Asian Games Mixed Doubles gold medal.

Zhao was thrilled with her award.

“It’s a wonderful feeling. I have worked hard for many years. Of course this award will be great motivation for me for future tournaments.” 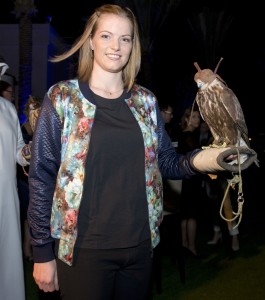 The soft-spoken Yamaguchi likewise voiced her joy at being named Most Promising Player of the Year for the second time in a row. Yamaguchi retained her World Junior Championships title, while proving to be an increasingly difficult opponent for senior opponents. A runner-up position at the China Open confirmed expectations that she would be the player to watch in 2015. The other contenders in this category were China’s Lin Gui Pu, Chen Qingchen and He Bing Jiao, and Indonesia’s Rosyita Eka Putri Sari.

BWF Secretary General Thomas Lund, speaking at the Gala Dinner, commended the nominees and outlined the criteria on which the eventual winners were chosen. He emphasised that players’ interests were the highest priority for BWF, as a result of which players were increasingly being rewarded handsomely for their efforts. At the same time, he reminded them of their obligations towards media, sponsors and fans. Their efforts were being rewarded with a jackpot of USD 400,000 that was to be shared among the top ten players; the split would be based on players’ participation in press conferences, publicity events, award functions, etc.

“Our aim is to help and support our players as they shine – to tell their stories and make them household names and heroes in the international sports arena. What better place to do that than Dubai?” said Lund.

Players got to experience Arabic hospitality at Four Seasons Resort, and were treated to camel rides and traditional music. 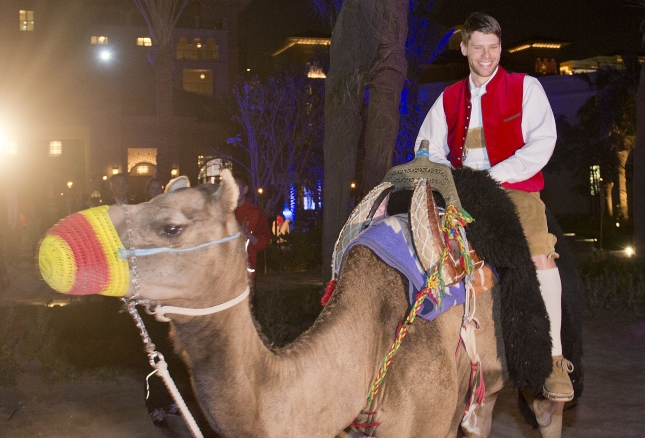