Zheng and Cheng (featured image), who had starred in China’s Suhandinata Cup (World Junior Mixed Team Championships) win in April but formed the partnership only recently, stunned no less a pair than the world no.4 Indonesians, who recently won the French Open. The young Chinese blitzed their vastly more experienced opponents 21-18 21-15 in just 33 minutes.

The young pair will face World champions and compatriots Zhang Nan/Zhao Yunlei next, while in the other semi-final, another young pair, Lu Kai/Huang Yaqiong, take on qualifiers Yoo Yeon Seong/Eom Hye Won (Korea). The Koreans disrupted the home team’s party to an extent by surprising No.2 seeds Xu Chen/Ma Jin 21-19 20-22 21-15. 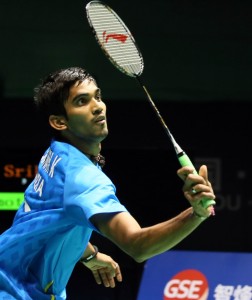 For sheer quality of courtcraft and strokeplay, there were few equals to the Men’s Singles hour-long quarter-final between China’s Lin Dan and Japan’s Sho Sasaki. In a contest of thrust and counter-thrust, Lin just about nosed ahead of his doughty opponent, 21-18 26-24.

Sasaki, who has had long spells of inconsistency in his career, gave the crowd a match to remember. To Lin’s game of soft touch and precision he replied in the same coin; the match featured several long and slow rallies with each exploring various angles and corners of the court. Towards the end, even as Lin attempted to inject sudden pace, Sasaki showed quicksilver reflexes to keep the shuttle in play, and it needed all of the champion’s wit and some luck for him to nail the last two points after saving four of his opponent’s game points. 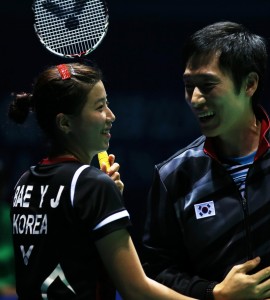 Earlier, India’s Saina Nehwal and Japan’s Akane Yamaguchi proved superior to Suo Di and Sun Yu respectively. Yamaguchi’s relentlessness wore down Sun, who paused frequently to catch her breath in the second game. Yamaguchi, vanquisher of No.2 seed Wang Shixian in the second round, continued with her nerveless display, engaging Sun in long rallies that sapped her opponent’s resolve, to come away a victor at 21-18 21-14.

Nehwal ran into some trouble from Suo Di but it was a mismatch in the third game as the Indian powered past her 21-13 17-21 21-5. The one relief for China in this category was the defeat of Thailand’s Ratchanok Intanon by Liu Xin, who next takes on Nehwal in the semi-finals. 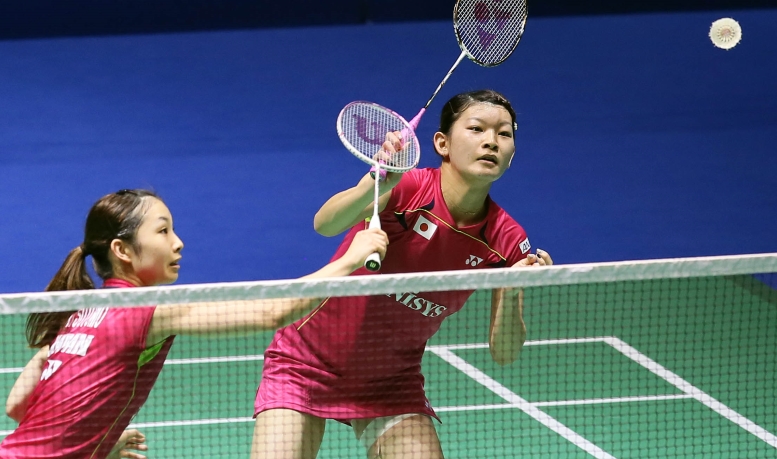 The only non-Chinese to make the semi-finals were Japan’s Ayaka Takahashi/Misaki Matsutomo, who maintained their unbeaten run in five matches against compatriots Miyuki Maeda/Reika Kakiiwa. Matsutomo/Takahashi prevailed in the longest match of the day at 96 minutes: 19-21 21-15 21-15. 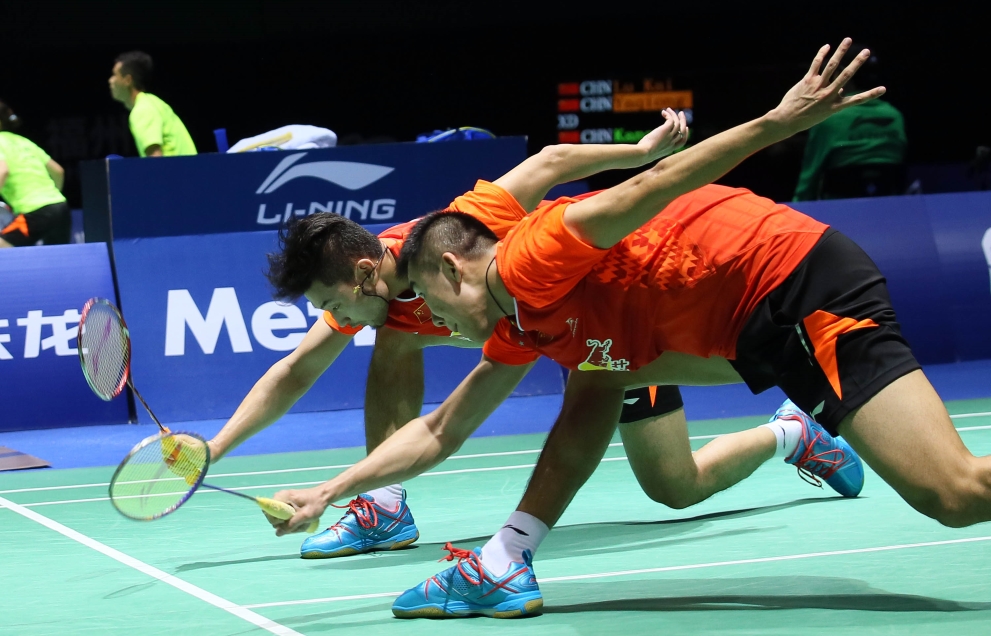 The Men’s Doubles semi-finals will see a repeat of the title clash of the BWF World Championships. Top seeds Lee Yong Dae/Yoo Yeon Seong outclassed Liu Xiaolong/Qiu Zihan 25-23 21-16 and will run into compatriots Ko Sung Hyun/Shin Baek Choel. Chinese Taipei’s Lee Sheng Mu/Tsai Chia Hsin kept their nerve in a tense final game over Japan’s Hiroyuki Endo/Kenichi Hayakawa to make the last four against China’s Chai Biao/Hong Wei, who won a cracker of a match over another Japanese pair, Hirokatsu Hashimoto/Noriyasu Hirata, 15-21 25-23 26-24, after saving five match points in the second and two in the third. 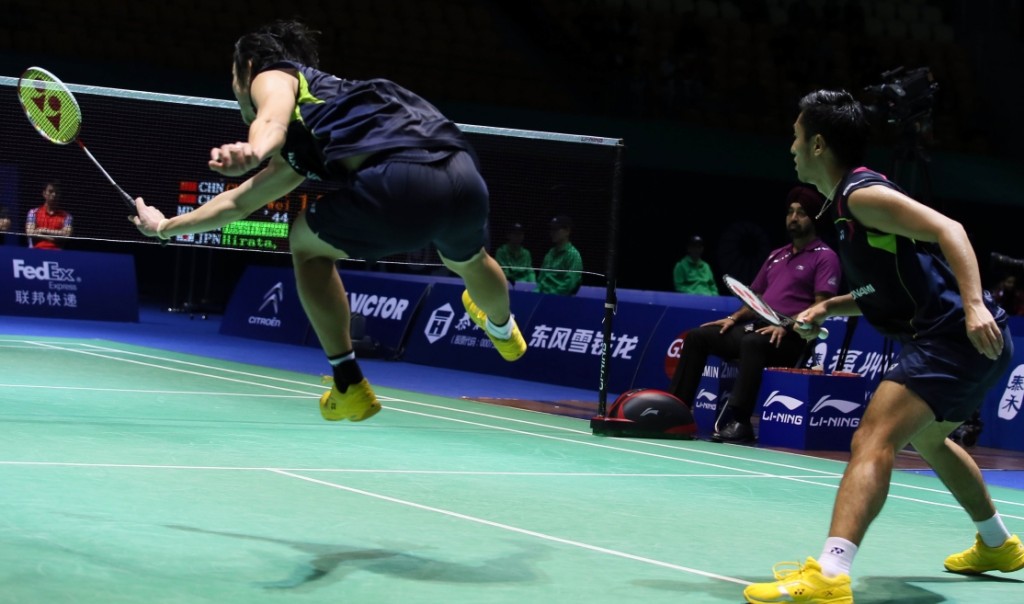