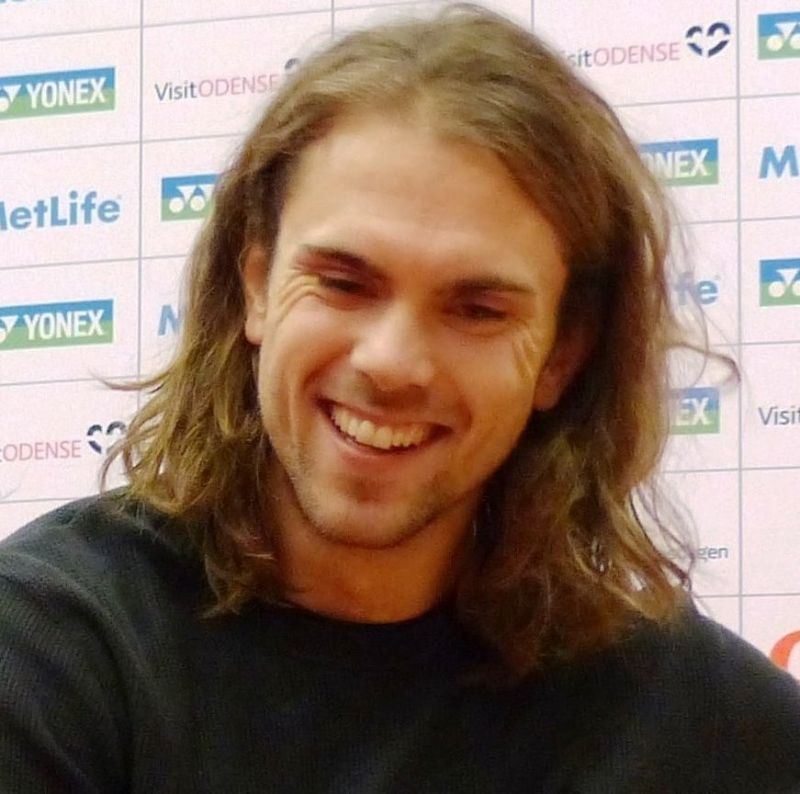 Badminton’s poster boy is back and looking to make up for lost time – and glory – but he is cautioning home fans not to expect too much of him at this year’s Yonex Denmark Open.

Ahead of his first-round match at Odense Sports Park tomorrow, Jan O Jorgensen says that despite feeling “quite good” and being “in reasonable shape” he is not entertaining talk or thoughts of lifting the Superseries Premier title.

“It’s a different mindset. I’m here with no expectations. I want to get some match practice and see how my body responds to being back in competition. I will have some nerves in my first game but I will try to stay in the moment and give it my best shot,” noted the world No.3 Men’s Singles player.

“If I don’t feel comfortable I won’t play next week (French Open), because I want to finish the season as strong as possible and go to the (BWF Destination Dubai) Relaxed, smiling and receiving well wishes from fellow players at the venue as he took in some of today’s qualifying action, Jorgensen’s demeanour was a far cry from his last on-court experience – the night he crashed out of the Li-Ning BWF World Championships agonisingly with a freak injury to his right knee.

On that evening in late August, an estimated 5,000 spectators – mostly fellow Danes – watched in disbelief as Europe’s main hope for a Men’s Singles medal had his dream snuffed out mere minutes into a third-round encounter versus Chinese Taipei’s Chen Chou Tien; one he would have expected to win. A dogged competitor, he laboured to 21-9 9-4 down, before finally retiring; his physical and emotional distress evident in equal measure (at left).

Almost two months removed from that painful and premature exit in the Copenhagen tournament, he seems to have maturely adopted the adage that what doesn’t kill you makes you stronger.

“It was obviously very tough, especially that night – but that’s sport sometimes. I wasn’t afraid to show my feelings but I’ve moved on from that and there are new challenges to think about. I’m really motivated to get back and do well.

Even a further setback – slipping on court and injuring his right foot after resting two full weeks from his World Championships horror – has not diminished his enthusiasm to compete at the annual spectacle which is part of the MetLife BWF World Superseries circuit.

“This is a place I’ve done well at for many years. I remember reaching the second round here as a 16 or 17-year-old in 2005,” reminisced the 26-year-old, surveying the familiar surroundings as his opponent tomorrow, Germany’s Marc Zwiebler, practised on a nearby court.

Despite his disclaimer that he’s not a contender for his hometown championship this year, Jorgensen’s naturally competitive streak came to the fore when asked what if he reaches the weekend?

Smiling wryly, he replied: “If everything is good then I’m a tough guy to beat, even if I’ve not had many matches – and sometimes that can intimidate opponents, so we’ll see.”