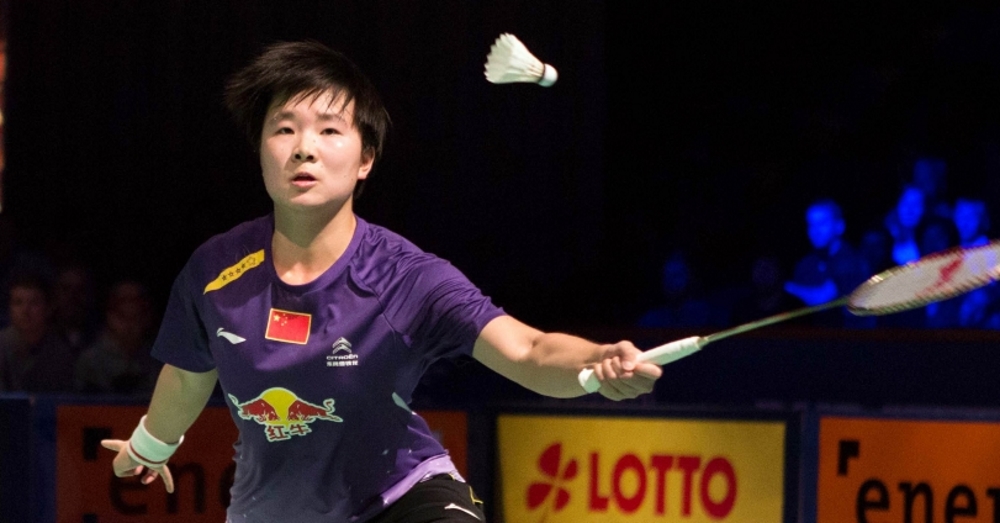 Shi Yuqi and He Bing Jiao won singles titles at the Youth Olympic Games 2014, ensuring two gold medals for China out of three events on the final day.

between Japan’s Akane Yamaguchi and local hope He Bing Jiao. In what turned out to be a thriller lasting 76 minutes, He got the better of Yamaguchi in three tough games. Interestingly, the results of both singles finals were a reversal of the World Junior Championships 2014. Malaysia’s Cheam June Wei and Hong Kong’s Ng Tsz Yau won the Mixed Doubles gold medal.

The Women’s Singles final was a high-quality affair that eventually swung He’s way by the slimmest of margins. Yamaguchi dominated early on, imposing herself with her tremendous athleticism and powerful game. He Bing Jiao scrambled to stay level and take the game to extra points, but it was Yamaguchi who clinched it. The Chinese player looked worn out by the middle of the second game and Yamaguchi had an opportunity to clinch the title at 20-19, but the game went He’s way a few rallies later. With renewed confidence and vigour, the Chinese kept her nose ahead in the deciding game and rode a desperate challenge from Yamaguchi to take the gold medal: 22-24 23-21 21-17.

“I was exhausted by the second game but my coach kept telling me to keep going, no matter what,” said the winner, while Yamaguchi felt she had not been tough enough to close it out when she had the opportunity.

Men’s Singles: Shi appeared a more confident player than the one who had lost to Lin Gui Pu in the final of the World Junior Championships. Unlike Lin, who went through error-ridden phases in the run-up to the final, Shi was nearly flawless. The final saw both of them at their best: fierce jump smashes, tight net shots, full-length dives, but of the two, Shi had better control and better imagination in working out his openings. The first game was quickly won. Shi trailed by a bit in the second, but his confidence never wavered. He converted his first match point to pocket the title at 21-15 21-19.

“I’d been nervous during the World Junior Championships final,” said Shi. “This time I was calmer. I’d worked very hard in training and I was well prepared. I was determined to win.” Mixed Doubles: Cheam June Wei and Ng Tsz Yau’s victory over Kanta Tsuneyama (Japan)/Lee Chia Hsin (Chinese Taipei) was built around the Hong Kong’s player’s brilliance in the front court. Ng barely made any mistake all match. She outclassed her opposite number Lee Chia Hsin at the net, with Lee unable to reply to her spinning net shots, while her sharp interceptions were so effective that both her opponents looked befuddled by the way she controlled proceedings. The 21-14 23-21 result was the quickest match of the day. Bronze medal matches: Lee also lost the bronze medal playoff in Women’s Singles. The Chinese Taipei player was erratic from the start and made things easy for her opponent, Thailand’s Busanan Ongbumrungpan (21-7 21-12). The Men’s Singles bronze medal playoff also followed the same pattern, with India’s Aditya Joshi struggling to do anything right against Indonesia’s Ginting Anthony.

Only briefly did Joshi mount a challenge, but his movement appeared laboured and his spirit unwilling as Anthony charged past him, 21-17 21-16.

“I was tired after yesterday’s loss but I had to put it behind quickly because I wanted the bronze,” said Anthony.