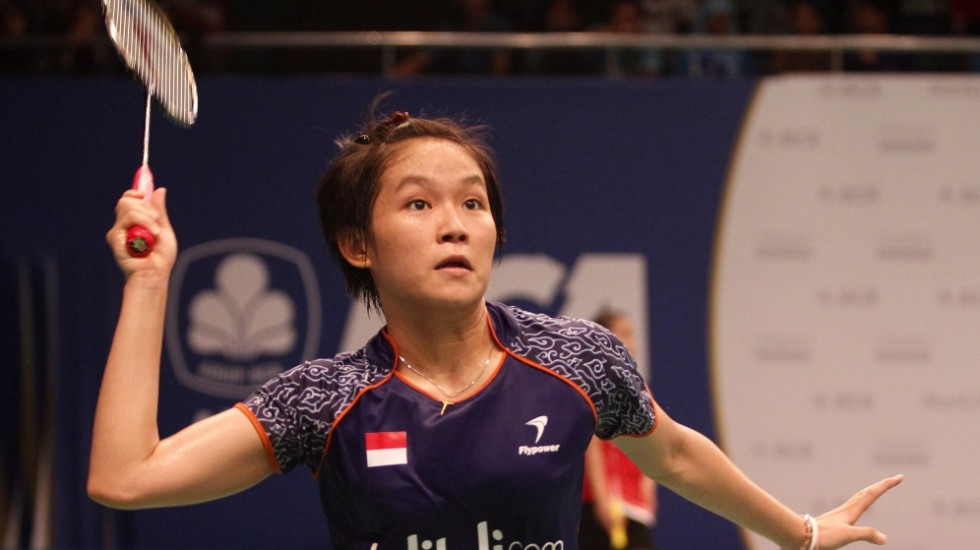 Vietnam’s Pham Cao Cuong and China’s Qin Jinjing were the prominent names who failed to qualify for the singles quarter-finals of the Youth Olympic Games 2014 today.

Pham, No.8 in the Men’s Singles world junior rankings and 5/8 seed,

was expected to qualify from Group D but was fell rather tamely to India’s Aditya Joshi. Pham was outplayed in the first game but recovered in the second and nearly took it to a decider; Joshi however closed it out 21-16 21-19.

Another promising Women’s Singles player to miss out was Ruthvika Shivani. The 5/8 seed Indian could last just 30 minutes against Indonesia’s Ruselli Hartawan in a 21-14 21-15 loss. Luis Ramon Garrido’s spunk was enough to win him applause but not the match against Men’s Singles favourite Lin Gui Pu. The Mexican (above) fought with plenty of heart in the last Group H match against Lin. He had only a 21-14 21-14 loss to show for it, but Garrido, hungry for exposure to this level, stated that he was richer by experience.

“It was a really hard match. He is the world junior champion. It was a good experience. It’s the first time I’m playing a Chinese. In the beginning I was nervous, but then as the match got on I was playing okay. But the speed of the Chinese guy was really high. I couldn’t keep up; I got tired and started making mistakes.”

Garrido started playing badminton when he was just two years old. His father, a racket sports teacher at university, taught him the sport at an early age. However, unable to pursue his ambition of become a professional player in Mexico, Garrido shifted two years ago to Copenhagen, where he trains with a club and plays in the second division.

“It was tough moving to Copenhagen because you have to do everything for yourself. It’s tiring, you have to wake up at 6am, you have to make your food and everything else. But if you love badminton, you have to take every opportunity. One year ago my goal was to be in Nanjing.” In Mixed Doubles, top seeds Ruslan Sarsekenov (Ukraine) and Akane Yamaguchi were surprised by Andraz Krapez (Slovenia)/Alida Chen (Netherlands) 21-19 21-17. Krapez and Chen made the quarter-finals with three straight wins from Group A.

Qin Jinjing made up for her disappointment in Women’s Singles by ensuring a quarter-final place in Mixed Doubles with Thai partner Mek Narongrit; they beat Daniel Guda (Australia)/Ruselli Hartawan (Indonesia) 21-13 21-19 in Group B.