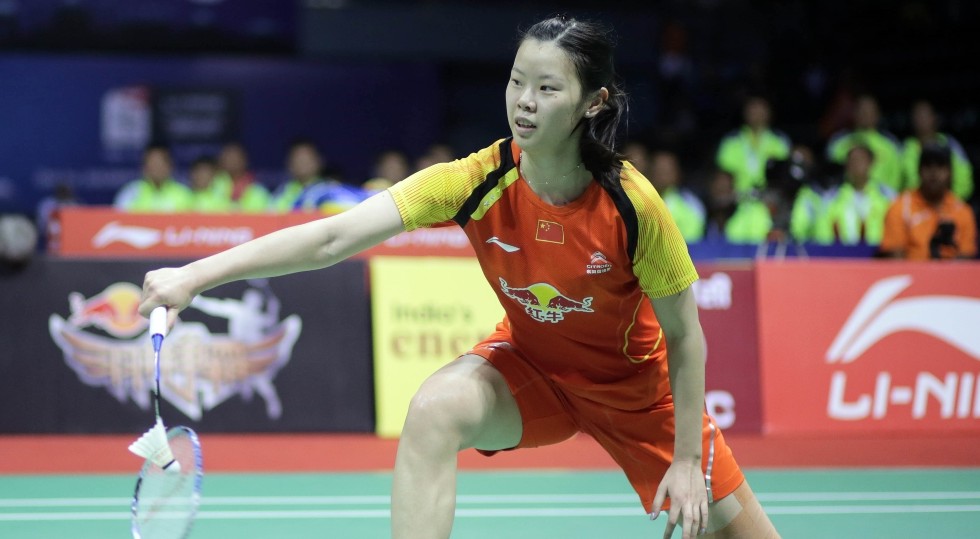 China’s Li Xuerui and Akane Yamaguchi of Japan have left India smiling and clutching their coveted Player of the Year Awards.

Both were absent for good reason from Friday night’s BWF Gala Awards Dinner at which they were announced as the 2013 Female Player of the Year and 2013 Promising Player of the Year (Eddy Choong Award) respectively but have since received their prizes. Li turned in early in preparation for her opening role for China in Saturday’s Uber Cup final; though likely keeping tabs on the action at Siri Fort Indoor Complex to find out which team would be their opponents.

As fate would have it, Yamaguchi was with her team-mates who were locked in a tough Uber Cup semi-final versus India. Japan clawed back from 0-2 down to beat the spirited hosts 3-2, thus booking their place against China. Ultimately, it was Li who laid her hands on the Uber Cup, having played a major role in retaining the trophy for her country.

“It’s my first award from BWF and it means a lot to me. I will continue to try to do my best whenever I play,” said the World No. 1, reacting to her success.

Despite falling at the last stage of the women’s team championship, Yamaguchi (right) was pleased with a silver medal in her first outing at this level and, at just age 16, she will surely figure in many more tournaments for Japan. Additionally, she witnessed her male peers snatch the Thomas Cup with gutsy displays in the semi-final against China and the title showdown versus Malaysia.

Regarding her recognition by BWF, the soft-spoken competitor was happy though not expecting it.

“It is an honour to receive the award. I was surprised that I was chosen. I would like to thank BWF,” she said, adding that she will continue to take one match at a time and not think too far ahead in her young career.

Malaysia’s Lee Chong Wei, who was present to collect his 2013 Male Player of the Year honour, also returned home with a silver medal in the Thomas Cup.