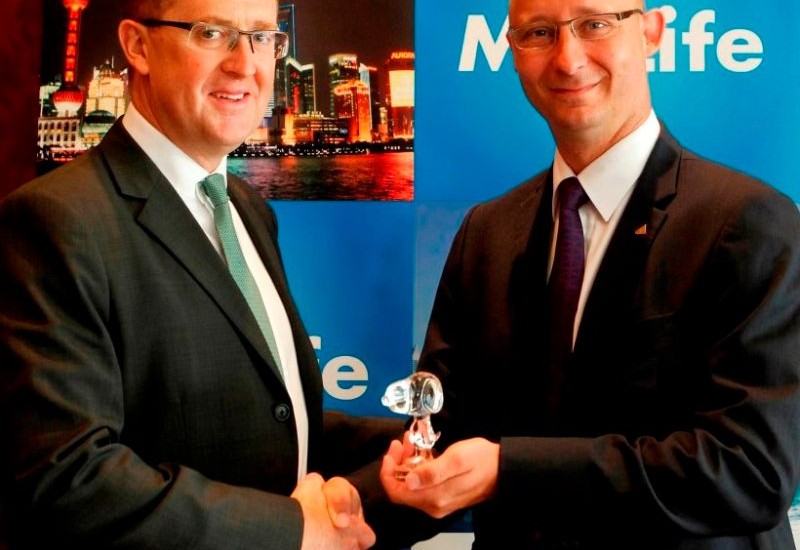 The opportunity to partner with a globally-recognised brand such as MetLife is ideal for growing badminton’s fan base internationally, specifically through the MetLife BWF World Superseries.

Speaking as the rebranded Superseries touched down in Malaysia for the first time under the MetLife banner recently, BWF Secretary General Thomas Lund noted the “timing of this partnership coincides perfectly with our plans for the future”.

“As a leading global life insurance company, MetLife has the type of profile and brand values with which the Badminton World Federation is pleased to align itself as we continue developing badminton at all levels. “The MetLife BWF World Superseries is our flagship tournament series and it speaks volumes when a company like MetLife shows confidence in and commitment to the World Superseries with a four-year partnership. This will allow us to jointly plan long-term strategies to enhance the World Superseries and thereby badminton’s prominence as a flourishing sports-entertainment commodity. We have enjoyed significant success in recent years and we are looking forward to building on that with MetLife as one of our leading partners.

“BWF is committed to ensuring the 2014-2017 tournament cycle takes the World Superseries and badminton to new heights for players, fans, sponsors, hosts, etc. As our President (Poul-Erik Høyer) has been reiterating our goal is to make badminton shine even brighter. Having MetLife on board will help us achieve our targets, including attracting even larger audiences to badminton with fun fan engagements.”

MetLife’s President for the Asia region, Chris Townsend, said: “Fan engagement is a key aspect of the MetLife BWF World Superseries that we have a great desire to encourage and develop. As a company that believes in and supports the principles of health and wellness, engaging fans is a great way for MetLife to promote its values of healthy living, which includes participation in activities such as sports.  Diversity is also a key value of MetLife’s culture, and badminton is an inclusive sport that appeals to all genders, age group and nationalities.”

“MetLife utilises sports sponsorship to showcase our brand’s values and share in our customers’ interests and passions,” added Townsend.  “Therefore, we are working closely with our partners at BWF to develop more fun and interesting ways to drive fan engagement and increase public excitement around our brand and the World Superseries. This includes fun public events at the games themselves (such as “Who can hit the fastest shuttle” booths) and bringing fans into even closer contact with their favourite badminton stars.” MetLife is headquartered in one of the world’s largest financial and commercial capitals – the bustling metropolis of New York – and is continually spreading its corporate wings globally.  MetLife has been in Asia for over 60 years and has operations in 10 countries in the region.  Lund noted that badminton joins the multi-billion dollar industries, such as American football and baseball, as sports which MetLife has supported and sponsored.

Townsend, who was in Kuala Lumpur for the second leg of the MetLife BWF World Superseries during the recent Maybank Malaysia Open, which was held 14-19 January, 2014, highlighted badminton’s notable rise in profile in recent years.

“Badminton is one of the fastest growing sports in the world.  The games are inspiring to watch and through the World Superseries, MetLife will be giving fans the unique opportunity to see some of the best badminton players on earth go head-to-head in competition,” Townsend commented. Both officials agreed that MetLife’s global brand ambassador, Snoopy, who is internationally recognised and adds a special warmth and appeal to the general public, in particular, to youth, is another unique advantage that MetLife brings to the World Superseries.

“Snoopy has an appeal that transcends geographies, cultures, and ages.  We’re really proud to be able to include Snoopy as part of the MetLife BWF Superseries. Snoopy will be making court-side appearances and mingling with fans and handing out gifts – all of this to showcase MetLife’s commitment to encouraging people to come and watch and to get involved in healthy activities,” said Townsend, adding that Snoopy-related contests may also be among future fan engagement programs.

During a tour of Putra Stadium in Malaysia, Townsend was greeted by Men’s Doubles World champions, Mohammad Ahsan and Hendra Setiawan of Indonesia. The pair presented autographed shirts to Townsend and ‎and ‎Dato Nirmala Menon, MetLife’s Head of Designated Markets and Health for Asia (below: presentation).

“It’s great to have a prominent international company like MetLife sponsoring the BWF World Superseries. It’s not only good for the players but for badminton as a whole and we are happy to welcome MetLife to the Superseries,” said the world No. 1 duo. The Badminton World Federation (BWF) has its headquarters in Kuala Lumpur, Malaysia, with 180 Members Associations worldwide. For more information: www.bwfbadminton.org.