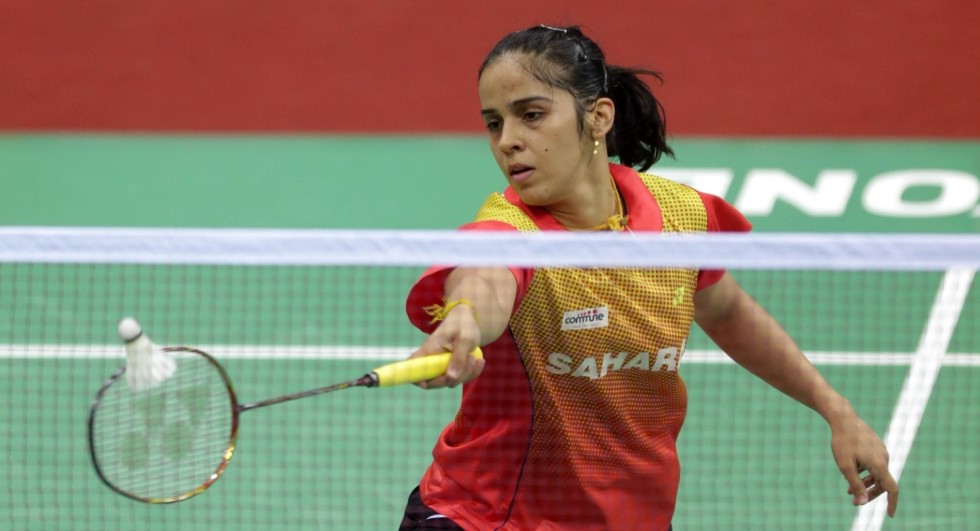 India was desperately close to claiming two titles but had to settle for only the Women’s Singles, with Saina Nehwal clinching her first trophy after a barren last season. Her compatriot Kidambi Srikanth was two points away from the Men’s Singles title but lost his way woefully against Chinese challenger Song Xue.

Top seed Nehwal, whose last big win was at the Denmark Open in October 2012, proved that she is still ahead of her fast-rising younger compatriot PV Sindhu, taking just 40 minutes  to dismantle her, 21-14 21-17.

Nehwal was never threatened in the match by Sindhu, who had an encouraging last season with a bronze medal at the BWF World Championships and Grand Prix Gold victories at Malaysia and Macau. Nehwal led throughout, except for a brief period in the second game when Sindhu edged ahead 9-7.

Nehwal, who has dropped to No. 9 after a prolonged stint in the top five, had a stiffer challenge in her semi-final against China’s Deng Xuan, trailing for much of a tense third game, before clinching the match in 80 minutes: 21-14 17-21 21-19.

World No. 50 Song Xue of China returned home with his first senior title as he came back from the dead against Srikanth, 16-21 21-19 21-13. Sixth seed Srikanth was within touching distance of the title as he led by a game and 19-12 in the second. However, Song pulled off an improbable comeback from that stage, reeling off nine straight points to force a decider – to eventually prevail.

Both finalists had survived tough routes to the final. While Song was pushed close in his third-round match by India’s eighth-seeded Sourabh Verma before winning 21-13 14-21 21-17. Srikanth had a ‘near-death’ experience against compatriot Arvind Bhat at the same stage. The sixth seed survived a cracker of a match, 19-21 23-21 24-22; saving three match points in the second game.

* The three doubles events were all-China affairs. Wang Yilv/Huang Yaqiong had it fairly easy in the Mixed event over Huang Kaixiang/Chen Qingchen 21-18 21-14 in 42 minutes, but the other two finals were closely contested and lasted an hour each.

* Chen Qingchen made up for her disappointment in Mixed Doubles by claiming the Women’s Doubles with Jia Yi Fan. Their victims were fourth seeds Xiaohan Yu/Yaqiong Huang 22-24 21-19 21-11.

* The Men’s Doubles was also hotly fought, and fourth seeds Li Junhui /Liu Yuchen scrambled past eighth seeds Huang Kaixiang/Zheng Si Wei 21-17 19-21 22-20. Junhui/Yuchen appeared to have sealed the issue with three match points at 20-17, but the eighth seeds launched a ferocious counter-attack and climbed back level. Just when it appeared the momentum had deserted them, Li and Liu kept their composure to regain the upper hand and the last two points.