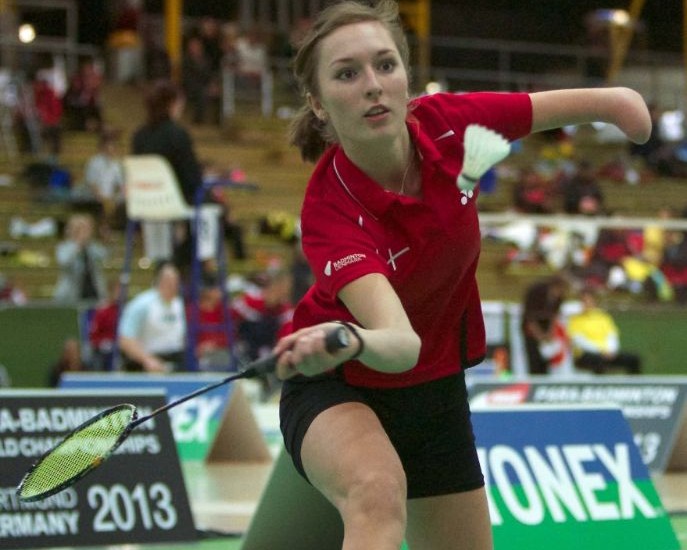 Since play started on Thursday, these championships have been the perfect advertisement for para-badminton, showing the sport at its dynamic and explosive best, with athletes from across the world showing they can compete at the highest level.

In the Standing Upper (SU5) category, the standard of play was incredible as representatives from India, Malaysia, Poland and Turkey, to name but a few, displayed their talent in the Helmut-Koernig Hall in Dortmund, Germany. In the Standing Lower 4 and Standing Lower 3 classes players from Pan-America, Asia and Europe looked to be potential medal contenders as the group stage of the tournament unfolded. The wheelchair categories and Short Stature have also been great spectacles, with the latter providing the match of the championships so far. It pitted current World champion, Naill McVeigh of Ireland, against England’s Krysten Coombs in three close sets that featured long rallies with both players diving energetically on several occasions. Their speed and agility was awesome and earned the applause of fans. McVeigh eventually won the quarter-final duel, 21-18 13-21 21-12.

As a number of countries participated for the first time, there were naturally a few surprises and it was great to witness the variety of skills on display. This event has underlined the competitiveness of para-badminton, despite the camaraderie among its global fraternity.

The sport’s development is also of utmost importance and, in tandem with the tournament, the Badminton World Federation (BWF) has sought to bolster para-badminton’s administrative ranks by holding a workshop for technical delegates. There were also discussions on the bid for para-badminton to be included in the 2020 Paralympic Games.

For all the scores from the BWF Para-Badminton World Championships 2013, click here.

Top centre: England’s Isaak Dalglish proved to be a ‘Fly Guy’ in the Short Stature 6 category. Action in the Standing Upper 5 class