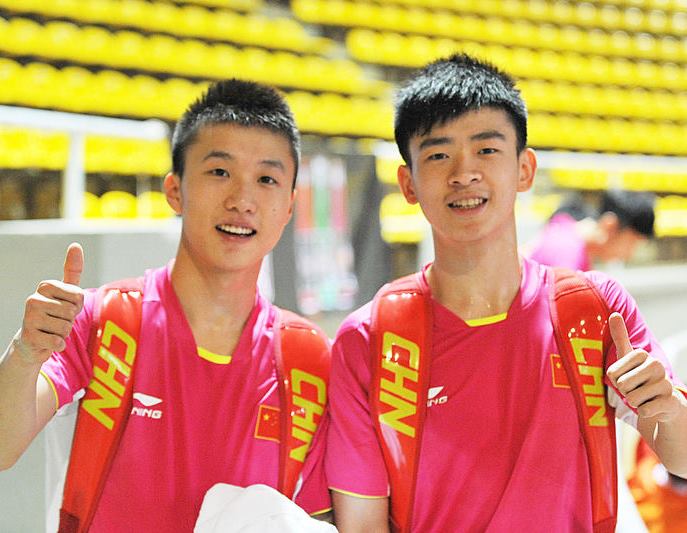 The Chinese, having already swept aside Australia, Singapore and Spain in Group W1, fixed their sights firmly on Group W2 winners – Chinese Taipei – and dismissed the challenge with victories in Mixed Doubles, Men’s Singles and Men’s Doubles for a 3-0 triumph. Chinese Taipei had prevailed over Czech Republic, Russia and Uzbekistan in Group W2.

Meanwhile, Akane Yamaguchi of Japan – the surprise winner of last month’s Yonex Open Japan on the BWF World Superseries circuit – underlined her blossoming credentials by helping her country overcome a 2-0 deficit to snatch Group Y from hosts, Thailand, in a thrilling contest at Hua Mark Stadium.

Having surrendered Men’s Doubles and Women’s Singles, Japan left themselves much to do in order to climb back into contention. They set about their task by taking Men’s Singles through Yusuke Onodera and then Women’s Doubles (Wakana Nagahara and Rena Miyaura). Finally, it was left to 16-year-old Yamaguchi and her male counterpart, Takuto Inoue, to complete the rescue mission in Mixed Doubles, emerging winners 21-14 25-23 against Thanadol Jumpanoi and Ruethaichanok Laisuan. In the round-robin segment, Japan had beaten Finland and Germany (Kazakhstan withdrew), to win Group Y1 while Thailand comfortably led Group Y2 with victories over Botswana, Canada and Denmark. and Men’s Doubles. Indonesia (Group X1 winners) advanced to the semi-finals. In the preliminaries, Indonesia won all three fixtures versus France, Sri Lanka and the USA while Malaysia beat Bulgaria, the Philippines and Scotland.

Korea, who had prevailed in Group Z1, wrested the overall Group Z spotlight from Vietnam (Group Z2 champions) with three straight-games wins in Mixed Doubles, Men’s Singles and Men’s Doubles. Korea had advanced to the group play-off by ousting India and South Africa (Algeria withdrew) in Group Z1. Armenia, Hong Kong and Turkey were no match for Vietnam in Group Z2.

In tomorrow’s semi-finals Japan faces Korea while China battles Indonesia. China and Korea are yet to drop a match. The play-off losers – Chinese Taipei, Malaysia, Thailand and Vietnam – will vie for places fifth to eighth while other positions in the 30-team event will also be determined as the Suhandinata Cup comes to a climax on Sunday. Goh Jin Wei of Malaysia (above; left) created history as the youngest female competitor in the history of the BWF World Junior Championships at age 13 years and eight months. Here she is pictured after winning her Women’s Singles match versus Airah Mae Nicole Albo of the Philippines.