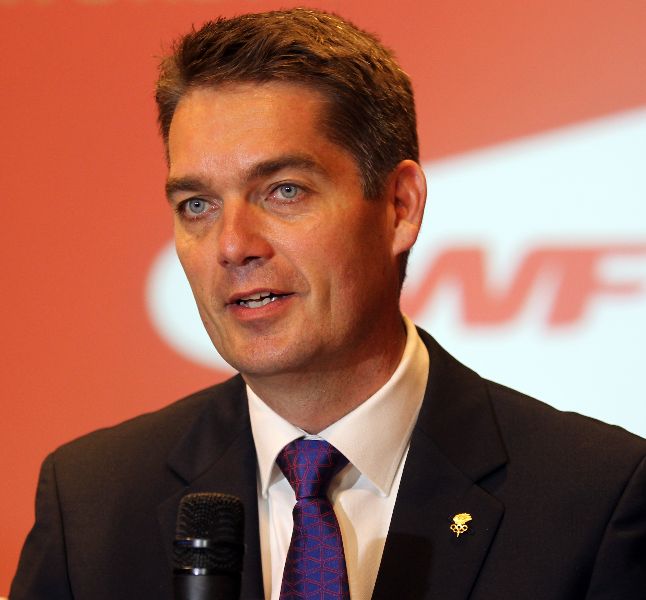 Badminton has been confirmed as one of 25 core sports for the Tokyo 2020 Olympic Games. A day after the Japanese capital won the bid to host the 2020 Summer Olympics, the full International Olympic Committee (IOC) membership yesterday agreed on the 25 sports which will form the core of the second Olympics to be held in Tokyo. The list of sports, including badminton, was announced during the 125th IOC Session currently taking place in Buenos Aires, Argentina.

Later in the day, wrestling won its battle to remain in the Summer Olympics, beating baseball/softball and squash for a place as an additional sport in the 2020 and 2024 Olympics. Earlier this year, wrestling lost its position as a core sport; a decision which takes effect after the Rio 2016 Olympics. Golf and rugby sevens were previously voted as additional sports for the 2016 and 2020 Olympics.

“We are pleased badminton has maintained its place as a core sport on the Summer Olympics programme and we see this as a vote of confidence in badminton by the IOC membership,” said BWF President Poul-Erik Høyer who, along with BWF Secretary General Thomas Lund, is representing the Badminton World Federation (BWF) at the IOC Session.

“BWF has been working hard to develop and promote badminton at all levels and we have been witnessing significant growth in popularity, in prominence as a sports-entertainment commodity and in commercial revenues.”

Reiterating his goal to strengthen badminton’s Olympic status – and make it a top-ten sport in the Summer Olympics – Høyer noted the IOC’s recent elevation of badminton to the third tier (Group C) of Olympic sports (those ranked 9-16) is the truest reflection of “badminton’s increasing success”.

“This proves we are moving in the right direction and we are committed to continuing our progress – to the betterment of all stakeholders,” pledged Høyer.