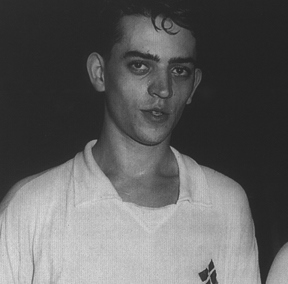 One of the great Danes of badminton – Jørgen Hammergaard Hansen – recently passed away in his homeland.

The sensational doubles player’s death on 22 August at age 83 has evoked memories of the wily-serving, hard-hitting half of the legendary Men’s Doubles pair who bestrode the All England circuit for more than a decade from the mid-1950s. In successful partnership with Finn Kobberø, Hammergaard Hansen won six All England championships, including four consecutive titles from 1961-1964. In the Thomas Cup, this powerful smasher who possessed a strong backhand had a superb record – winning more than 80 per cent of his matches in five consecutive campaigns for Denmark between 1952 and 1964.

A great exponent of the backhand smash, He retired from international badminton in 1966, having represented Denmark in 45 matches between 1951 and 1966. In 1998, Hammergaard Hansen was a deserving inductee into the Badminton World Federation’s Hall of Fame.

The BWF salutes his contribution to the sport and extends condolences to his family and friends, especially those in the badminton fraternity.