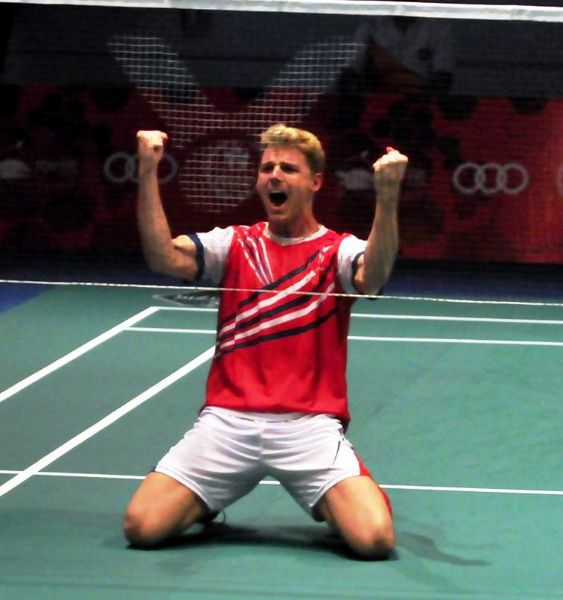 Brice Leverdez of France and Neslihan Yigit of Turkey captured the Men’s and Women’s Singles gold medals respectively at the Mediterranean Games in Mersin yesterday.

Nineteen-year-old Yigit (right; front), who defeated her compatriot Ozge Bayrak 21-16 21-13 for the top spot on the podium, also celebrated success in Women Doubles with Bayrak. Representing the host nation, they brushed aside French pair, Emilie Lefel and Audrey Fontaine, 21-13 21-15 much to the delight of Turkish fans cheering them on inside Mersin University Sports Hall No. 1. Slovenia’s Maja Tvrdy and Nika Koncut took bronze in Women’s Doubles while Tvrdy also managed a bronze in Women’s Singles, overcoming Agnese Allegrini of Italy 21-16 21-16. Utrosa also lost out to the French for bronze in Men’s Doubles as he and Miha Horvat were swept aside 21-8 21-14 by Careme Baptiste and Gaetan Mittelheisser.

The Mediterranean Games, which began on 20 June, are a multi-sport event held every four years. Countries bordering the Mediterranean Sea – the meeting point of three continents (Europe, Africa and Asia) – participate in the sporting spectacle as a means of building social and cultural rapprochement. Olympic rules apply and competition ends in 13 days.