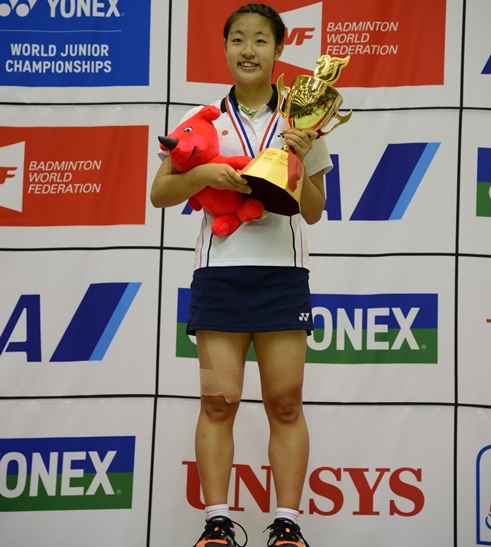 Continuing the promising form he showed in the team competition and in the early rounds of individual action, hometown favourite Kento Momota (left) closed the tournament with a victorious 17-21 21-19 19-21 rout of China’s Xue Song in the Men’s final.

It was the first time for the week that the 18-year-old and No. 2 seed was pushed to three games; winning his previous five encounters in straight games (first-round bye). En route to the championship showdown, Xue had beaten top seed, Viktor Axelsen of Denmark, in last Friday’s quarter-finals, 19-21 21-13 17-21.

The losing semi-finalists in all five categories also received medals.