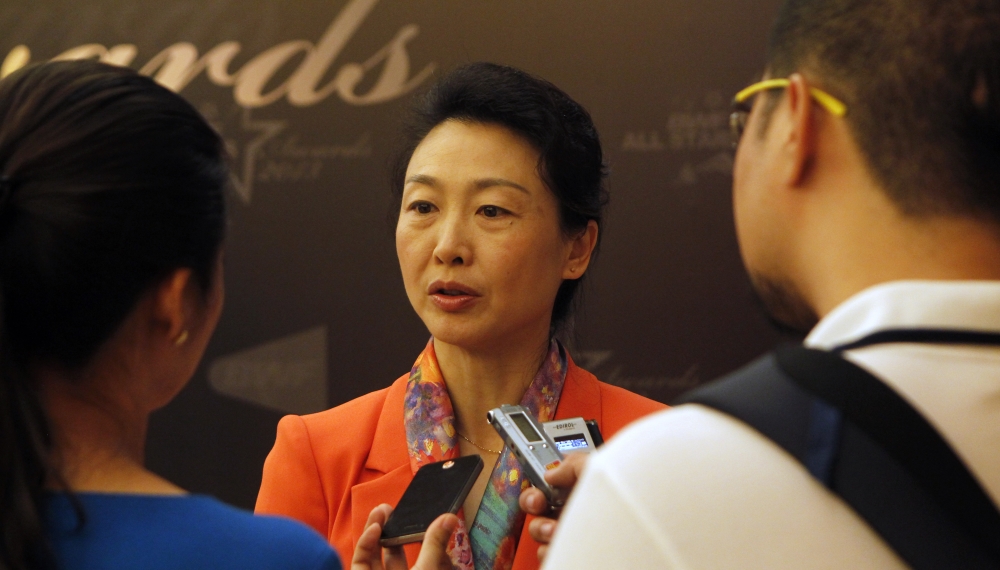 Li Lingwei – a true badminton superstar in her heyday – rose to new heights today, becoming one of the newest members of the International Olympic Committee (IOC).

The Chinese legend, now a Council Member of the Badminton World Federation (BWF), was among five newcomers voted into the IOC’s inner sanctum at its 124th Session in London ahead of the Olympic Games. The others are Aisha Garad Ali (Djibouti), Pierre-Olivier Beckers (Belgium), Tsunekazu Takeda (Japan) and Frank Fredericks (Namibia).

This achievement is the latest in a stellar career which saw Li Lingwei dominate women’s badminton in the 1980s – winning more than 50 grand prix and international titles (including being triple gold medallist at the World Championships and leading her country to three Uber Cup victories) – before sharing her skills and knowledge in coaching and later administration, including pivotal involvement in the Beijing Olympics in 2008. The 48-year-old has served on the Chinese Olympic Committee’s Executive Board since 2004 and on the IOC’s Programme Commission since 2006.

Saluting her election to the IOC, BWF president Dr Kang Young Joong said Li Lingwei has been “an outstanding ambassador for her country and sport, especially badminton and we in the badminton family are proud of her”.

“Today’s election is not just an honour for Li Lingwei but it is a credit to badminton. She is respected internationally and we know that, in her unique, way she will distinguish herself in this new role. We extend our warmest congratulations to this icon of our sport.”

In recognition of her exemplary service to badminton, Li Lingwei received the Distinguished Service Award in 1994 by the Council of the then International Badminton Federation (IBF) and four years later was inducted into its Hall of Fame; the preserve of players and administrators who have enhanced badminton through exceptional achievements.